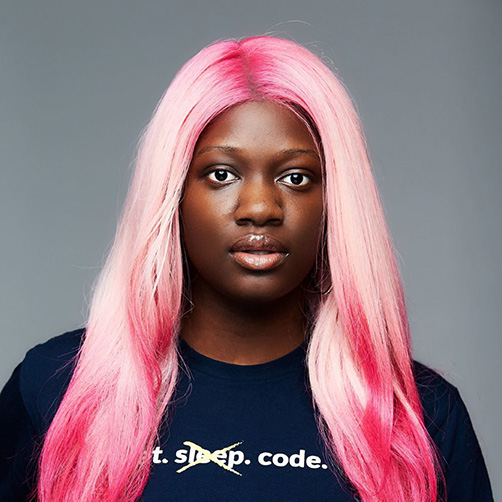 Timirah James is a Technology Evangelist and influencer creating awareness around STEM and diversity in tech as well as helping others build great technical skills and become great developers. She is also a Swift Instructor on the O’Reilly Media Platform. Timirah is best known for being a leader in the Los Angeles and Silicon Beach tech community, her active roles in the hackathon realm, the mobile and serverless community, and mentoring through TechniGal LA, her non-profit organization for women exploring the world of STEM. Timirah is highlighted as a figure in the Faces of Open Source Project.

Fun fact: She is also a noted singer-songwriter and recently released “Coderitis,” a song about her love for technology and innovation, which can be found on SoundCloud and Spotify.